THE MACEDONIAN SUN WITH SIXTEEN  SOLAR  RAYS (first used by and the others peoples)  FOR FIRST TIME INTRODUCED BY PHILIP II  - THE MACEDONIAN , (purpose Macedonian)  WHO REPRESENTS UNIFICATION OF SIXTEEN MACEDON TRIBES IN ONE STATE  BY PHILIP II  the MACEDONIAN KING , Than for OF GRATITUDE FROM MACEDONIANS HAS RECEIVED TITLE :

THE MOST GLORIOUS TITLE THAT MAY RECEIVE ONE MACEDONIAN KING BY MACEDONIANS.

The Macedonian tribe who Philip Macedon that he had unified it's:

BEFORE THE UNIFICATION THE MACEDONIAN SUN WAS WITH EIGHT SOLAR RAYS.

Philip  The  Macedonian  (382-336 B.C.) is king  of Kingdom of Macedonia, reigned 359-336 B.C. . Born in Pella, Macedonia year 382 B.C.,  treasuries third youngest child of the Macedonian king Amynta Third and Queen Evrdika.  In his youth around  368-365 B.C was held hostage in the city of Thebes,  leader at the time of the polis, was at that time young Philip received military and diplomatic education from Epaminonda the theban general .

Here becomes a friend with commander of the Sacred Battalion, and there he learned military tactics.

The Battalion sacred was a elite Theban army consists of 150 pairs of homosexual lovers, according to Plutarch (in "Life of Pelopidas"), the Theban commander Geordi, the battalion was created because it was believed that every man would be motivated to fight the best of its ability both to protect her lover, or to avoid dishonor to him.

Plutarch explains the motivation of the use of this "Army of Lovers" in battle:

" When danger looms
men of the same tribe
or at least keep the same family
account of the life of his fellow men, but a group
which consolidated the friendship rooted
love never melts and is invincible
since the lovers, for fear of appearing
petty in the eyes of their loved ones,
and loved for the same reason, will face
welcomes the danger to succor each other."

Also according to Plutarch, Gorgida initial deployment of the pairs within the avant-garde Theban Sacred Battalion as chosen soldiers, to reinforce the resolve of others. But after the Battalion distinguished itself in the battle of Tegirira, Pelopidas use as a kind of private guard. For nearly 33 years, Sacred Thebes Battalion suffered no defeats and played an important role in the Theban infantry.

The moment of defeat came at the Battle of Chaeronea (338 BC), the decisive battle in which Philip II Macedon and his son Alexander the Macedonian put an end to the hegemony of the thise city-state.

Philip had been a prisoner of war in Thebes, and there he learned military tactics. The rest of the Theban army retreated before the army of Philip and Alexander, but the Sacred Battalion, surrounded by nothing and decided to surrender, remained in the field and fell in battle. Plutarch tells us that the sight of dead bodies piled members of the Battalion, and having understood who they were, Philip said:

Although Plutarch claims that the three hundred men of the Battalion were killed the same day, other authors consider that died and 244 others were injured. A news confirmed by the excavation of the pit comunedi Chaeronea, in which 244 skeletons were discovered, arranged in seven rows. This collective burial is indicated by a stone lion (discovered in 1818), replication of polyandreion Thespini.

The founder of Thebes it's  Cadmus one phoenix  king and his descendants, with a great army came to Boeotia previously province Pelasgians (inhabited by whites), looking for his sister Europa.


Thise Ionic alphabet it's not older than 800 years BC


So the ancient Thebans were descendants of the people of Phoenix.

The city Thebes was totally destroyed by Alexander the Macedonian, the inhabitants killed and sold as slaves and the territory was divided among the other cities.

Before his death, Alexander Macedon in his Testament order that is renovated Thebes, who has given money to do this.

The king of Macedonia, Cassander renewed the city but now without any military-political influence.

The death of the elder brothers Alexander II and Perdicca III, Philip allows him to sit at the Macedonian throne in 359 BC Originally appointed regent for his nephew Amynta IV, who was appointed to carry out small king. Philip will be able to assume full powers.

Philip II in the year 366 BC In the most difficult moment for Macedonia came to Macedonian throne, first as regent (later proclaimed himself king) while Macedonia has been attacked from all sides.


Reforms in the Macedonian army made by Philip II Macedon

Shortly after his inauguration implement reforms in the country and introduced a standing army paid as the famous Macedonian phalanx as a unit of the military base, and chivalry and has introduced several machinari made for the siege of the city throwing stones and arrows. His ability to contribute military Macedonia became a regional power.

The Army of Macedonia at the time of Philip Macedon is considered one of the strongest armed forces of the ancient world. The Macedonian army his art of war has shown the first under the leadership of Philip II Macedon. The inovative military tactics of Philip Macedon were the main factors of success and greatness of the Macedonian empire. Philip Macedon the war turns it into a way of life for many Macedonians and then saw the army as a part-time work is outside of the agricultural season. This made the soldier to be like a real job, so Philip Macedon has been able to exercise regularly he Macedonian troops, and in that way to build unity and cohesion.

In this way, Philip II created the best war machine since time seen ancient world , thanks to the time and effort devoted to innovation and Military Maneuvers.

In tactical innovations include the use of the phalanx, as well as the coordinated attacks and tactics of the phalanx (infantry), the cavalry, tractors and machinery for the siege. One of their weapons and was, SORIOSA (SOR I OSA in Macedonian language and NOT ''sarissa'' who it's wrong ) - SOR and OSA - (launch consists of two parts, the firs : SOR and the other : OSA), which has advantages offensive Macedonian army and defensive.

One thing must be clear, phalanx AS MILITARY ARMY with MILITARY TACTICS AND NAME WAS INTRODUCED BY PHILIP II MACEDON king of Macedonia AND WAS A SYNCHRONIZED MILITARY ACTION BETWEEN Cavalery, INFANTRY AND ALL THE REST OF THE MILITARY STAFF  INCORPORATED in the Macedonian phalanx FOR SOLE PURPOSE: VICTORY ON THE ENEMY.

While athenians and other polis used in the battles prevail infantry .. and therefore could not exercise should not call their armies as the phalanx.

[1]  "[ Our enemies , men who for centuries have lived soft and luxurious lives; we of Macedon for generations past have been trained in the hard school of danger and war. Above all, we are free men, and they are slaves ]."macedonian cavalry companions - CETAIROI  - Battalion heroes.

"[ Our enemies , men who for centuries have lived soft and luxurious lives; we of Macedon for generations past have been trained in the hard school of danger and war. Above all, we are free men, and they are slaves ]."macedonian cavalry companions - CETAIROI  - Battalion heroes. 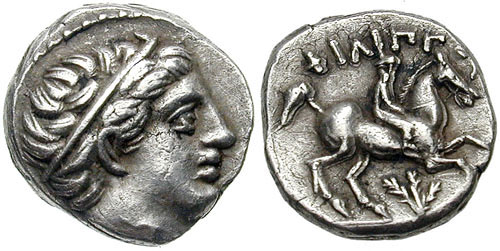 WE DEFINE OURSELVES AS FREEDOM LOVING PEOPLE

FOR US MACEDONIA IT'S A FREEDOM

FOR AS EXIST AND FREEDOM

Copyright © Macedonia is ALL ☼ MAKEDONIJAeSE.com ☼ All rights reserved